Your boss just arrive at her office and you are already working. You talk to her for a few minutes and she tells you to meet her in her office if there is anything you would like to discuss with her. She says “Nanti kalau ada apa-apa, saya ada kat dalam.“

Do not confused with the other expression Nanti! – Wait!

Ada has several meanings, one of them being “there is/are”, just like in English. You may hear terdapat in Malay as well, but this is used only in formal Malay.

The second meaning of ada is to have and the third meaning is to be (somewhere).

In this context, ada can either mean there are or you have (but the pronoun you is omitted).

Apa is the question word what while apa-apa is a pronoun.

The colloquial version of the preposition di to mark a fixed place or location.

The word dalam here refers to the boss’s office room. 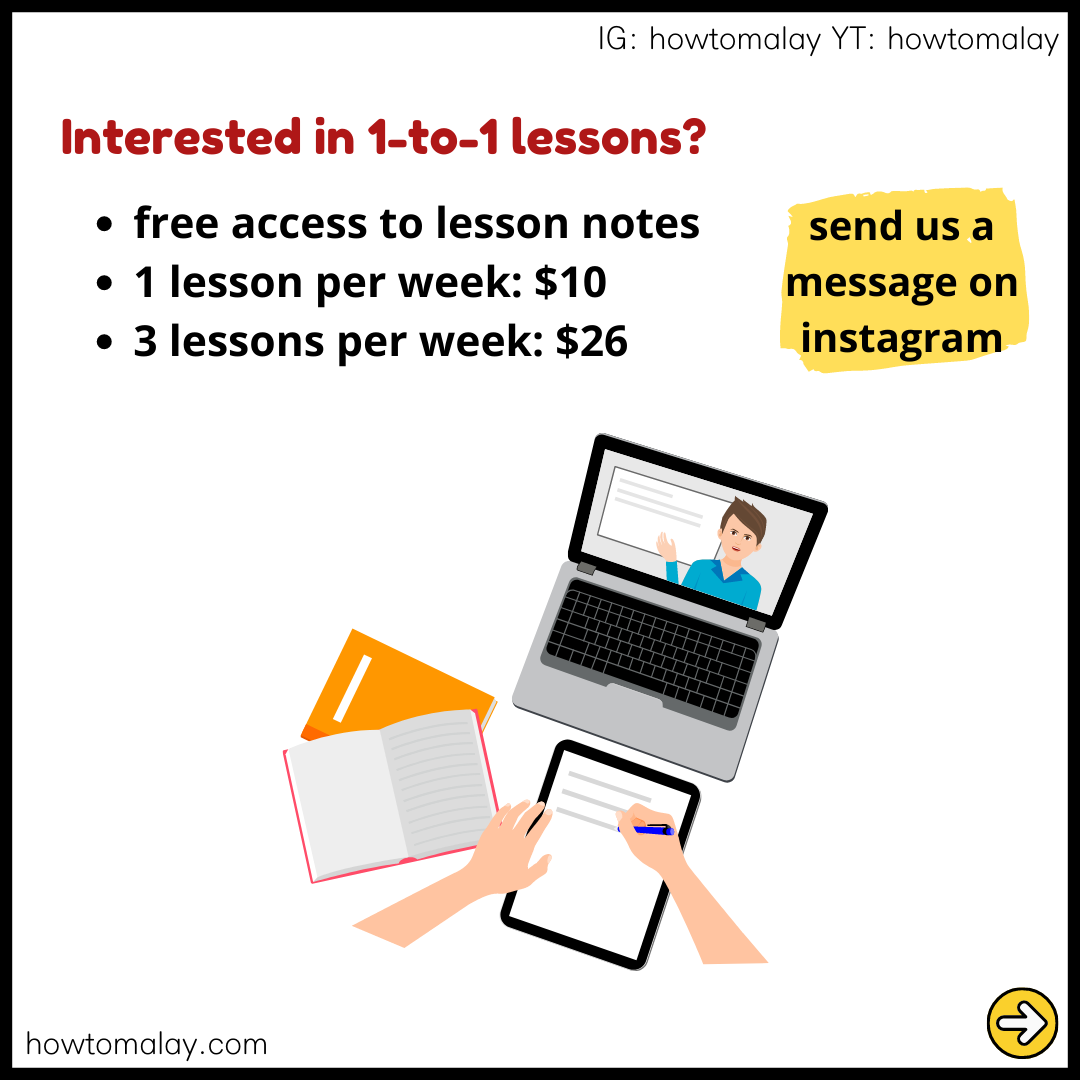